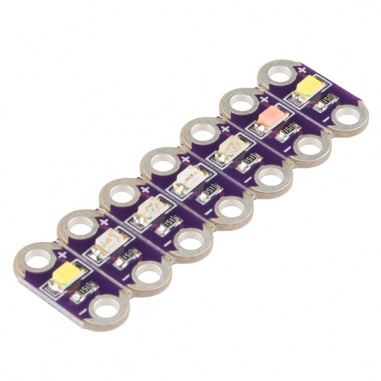 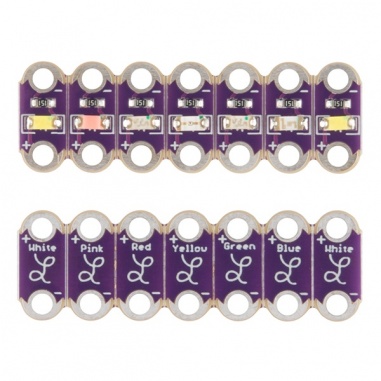 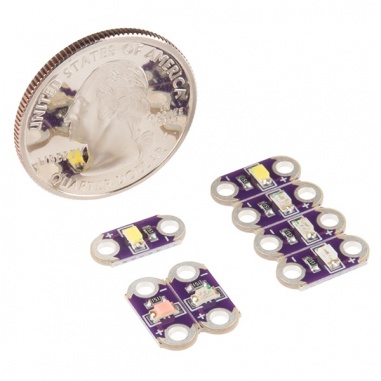 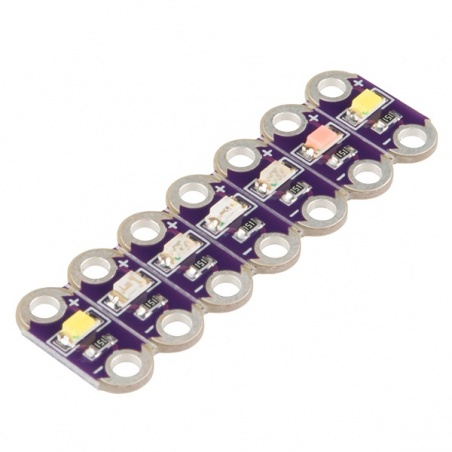 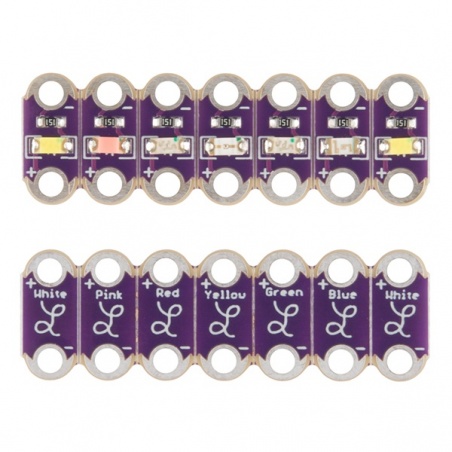 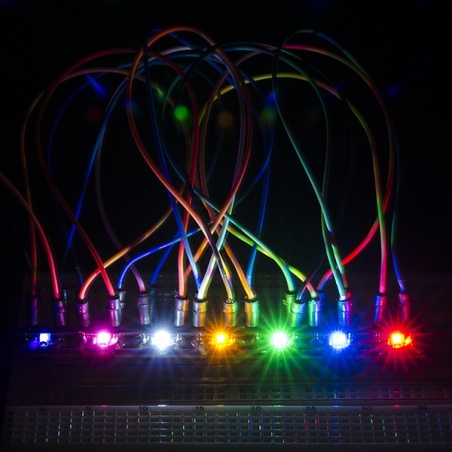 This is the LilyPad Rainbow LED strip, with seven LilyPad LEDs that are still attached to one another, letting you snap LEDs apart at your leisure to sew into clothing or whatever else you can dream up.

The LilyPad Rainbow LED features seven individual LEDs in six unique colors (Red, Blue, Green, Yellow, Pink, and White). Text has been added to the back of each board to indicate its color. Due to popular request, we have included two white LEDs instead of just one.

Note: A portion of this sale is given back to Dr. Buechley for continued development and education in e-textiles. 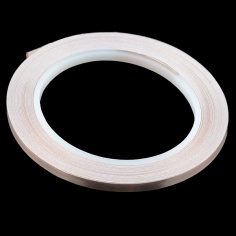 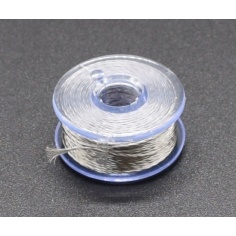 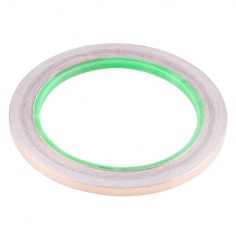 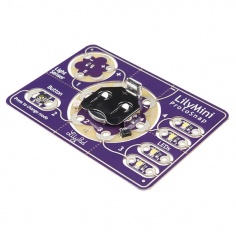 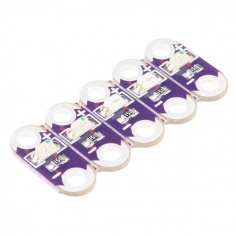 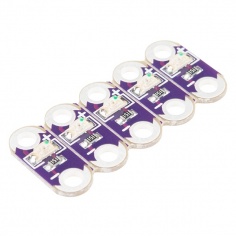 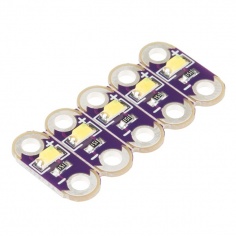 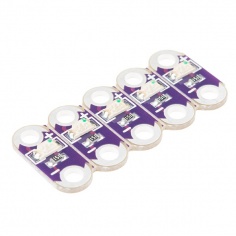 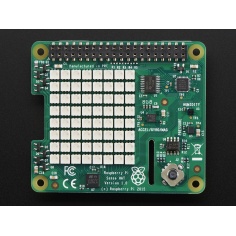 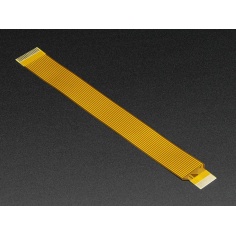 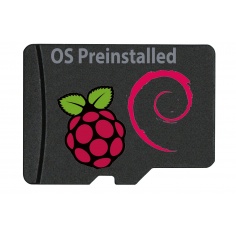 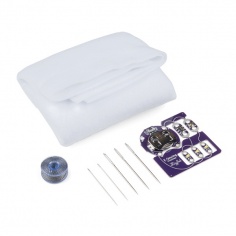 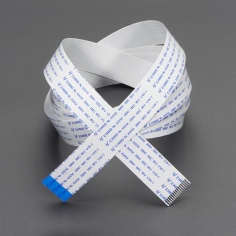 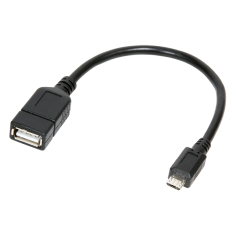 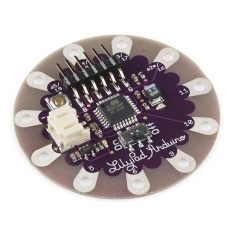